Dan has been practicing law in British Columbia for 25 years. He works extensively in the area of bankruptcy and insolvency where he acts both for creditors and companies seeking to restructure and reorganize their debts as well as for trustees in bankruptcy and receivers. In addition, he acts on commercial leasing disputes and creditors’ remedies, acting for secured and judgment creditors seeking to recover and realize on amounts owed to them. He also practices in the area of commercial landlord and tenant disputes. Dan has contributed to a number of publications on these topics and is a speaker at numerous professional and continuing legal education seminars for the same. In addition, he works in the field of insurance litigation, primarily professional liability/errors and omissions and personal injury.

Dan is an Adjunct Professor of Law at the University of British Columbia where he teaches Trial Advocacy.

Dan is an avid recreational hockey player in the winter and enjoys waterskiing and golf in the summer. 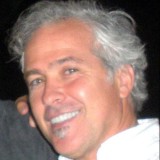